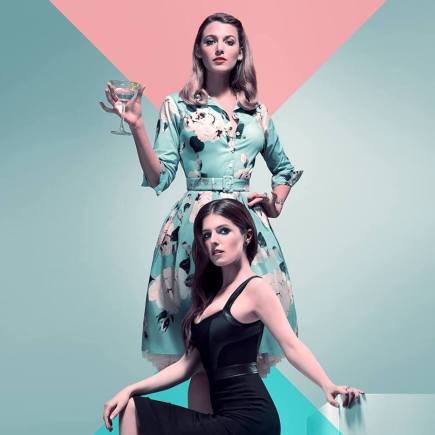 Do yourself a simple favor, and wait for this movie to come out on Netflix. Courtesy of “A Simple Favor” Facebook page.

All that is asked for was a simple favor, and everything quickly went downhill from there. With a multitude of glowing reviews from critics,  “A Simple Favor” seemed to be a must see. With Anna Kendrick, who plays Stephanie, and Blake Lively, who plays Emily, the film is filled with familiar faces. Although, many seemed to enjoy the film, there were many flaws throughout that made it hard to truly appreciate what the director, Paul Feig, was going for.

What this film really lacked was a cohesive plot. The films starts by getting the two main characters, Stephanie and Emily, together. They shortly become extremely close, even telling secrets they would never tell anyone. Then one day Emily disappears, and which sets off a massive chain on events. Yet, there were so many pointless twists and turns that added nothing to the story. Not to mention the twists were predictable, any avid movie watcher would be able to pick up on them. By the end, it was just predictable twist after twist. There were also many plot holes that made the film hard to take seriously.

The actors did the best they could do with the script they were given. Although the movie is not the best, this is probably one of Kendrick’s best roles. She really fit into her role of Stephanie well. Her serious moments were great and her comedic moments were even better. It was refreshing to see Kendrick playing a grown adult as most of her recent roles are as teenagers. I find Blake Lively playing similar roles to the one she played in, “A Simple Favor”. She tends to be one note, but this role really works for her. Lively plays the vindictive and cruel character well. The character of Emily brought out what Lively does best, being a mean girl.

Visually, “A Simple Favor” was stunning. The coloring of the movie really sets the mysterious mood of the movie, with the constant muted blues and greys throughout that really pushed how chilling the movie got. There were some absolutely beautiful shots throughout the movie. That being said, the visuals do not quite make up for the awful writing.

The saving grace of this movie was the humor weaved throughout. The film is branded as a thriller drama, but it would have benefited from being casted as a dark comedy. The movie has excellent comedic timing. The character Darren, played by Andrew Rannells, is certainly the comedic relief in this film. His supporting role was definitely a stand out. The humor in this film is not for everyone, it is twisted with many of the jokes alluding to depression and even suicide.

I would recommend this movie to anyone who has any sort of interest in seeing it or is just in need a good laugh. “A Simple Favor” is not the best movie out there, but it does have its good moments.

Three out of five torches