Bridging the Gap: Roosevelt’s SGA Looks to Redefine Themselves 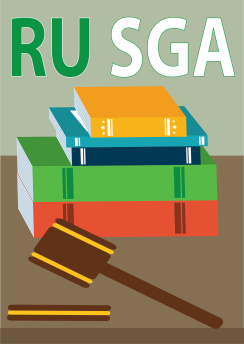 As the new school year continues to evolve and improve upon last year, so too does Roosevelt University’s Student Government Association. SGA has been taking strides to guarantee that the needs of the students are being adequately addressed, handled and followed through with.
Senior biochemistry major Brandon Glynn takes the helms as the new SGA president and plans to make student interaction and understanding of the role and responsibilities of SGA the top priority for this year.
Glynn said they are trying to correct mistakes made in the past. “We have in the past, in many ways, failed to do this, however, moving forward we are reviewing how we look at things and how we function as a student government,” Glynn said.
Glynn said a few initiatives include open office hours, monthly visits to student organizations, club meetings and the opportunity for students to have one-on-one meetings with executive board members and senators are some of the first steps in improving relations. All this information will then be discussed in monthly senate meetings and prioritized with emphasis on efficiency and a goal-oriented mindset.
Glynn said anyone in the student body is free to voice their concerns on any issue they might be having. “We are able to address any concerns that may be brought up to us. We can try to the best of our ability to do anything from helping figure out where classrooms are to having problems with, let’s say, there’s an issue with a department and you’re not sure what to do… We’re here to help the student body,” Glynn said.
“I know we haven’t had our name out there very much in the past, but as part the operating on the school, we’re not technically a student organization, so we want to make sure we hold that position more efficiently,” Glynn continued.
To maintain transparency, all student problems brought up and discussed by the SGA will be posted online weekly at the Roosevelt University Student Government Association Facebook page and website, as well as the SGA’s own notes and budget information. There will also be weekly meetings on Thursdays 4:30 to 6 p.m. in Wabash 1017, where students are encouraged to attend.
“We really want to make sure that students don’t feel as though their concerned are being voiced, but not actually heard,” Glynn said. “This year, I want to ensure there is resolution.”
In addition, making some changes to the Student Government Constitution passed in 2010 is also on the 2018-19 agenda. Glynn said in its current state, the constitution is counterproductive to their goal of representation. The constitution SGA uses may be edited in the future to promote inclusion. As a point of discussion in the past, the update has been on a three-year delay stemming from a lack of consistent follow through and a focus on more immediate goals.
“Everyone thinks this constitution needs to be reviewed and revised, it’s been a topic for three years now,” Glynn said. “I don’t want the constitution to direct our semester as much… this shouldn’t be an arbitrary thing, this should be a conversation.”
Glynn said all students can attend the constitutional review meetings, with dates being posted online and around the school. “From 2011 to now, a lot has changed at Roosevelt University… we feel as though this needs an update to become aligned,” Glynn said.
“We want this association to have a reputation for helping students and using the pedestal that we have,” Glynn said, saying this year for SGA is all about change.