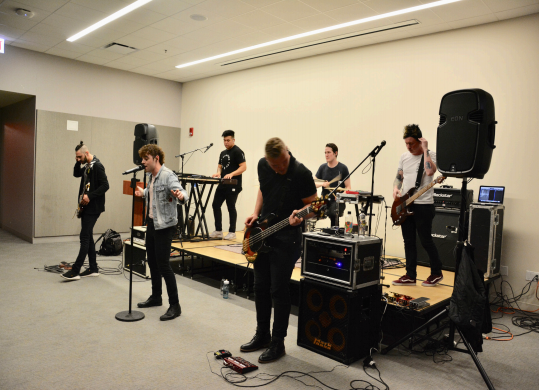 Marina City, a local band from Chicago, performed in Wabash 318. Ryan Argast takes the lead as the vocalist, venturing away from a solo career and a production deal in 2012. With a talented crew of performers, the band is influenced by Fall Out Boy, the Weeknd and Maroon 5. The band’s first show sold out the House of Blues and since then, has toured all over the nation.