Home › Arts & Entertainment › “A Wrinkle in Time” film not perfect, but good nonetheless

“A Wrinkle in Time” film not perfect, but good nonetheless 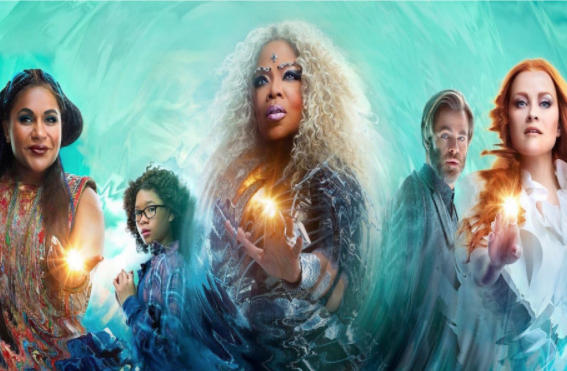 The “A Wrinkle in Time” adaptation is a fantastical and inspiring representation of our own world. Photo courtesy of Google.

When it comes to books that have shaped my development as both a reader and writer, Madeleine L’Engle’s “A Wrinkle in Time” is up there. That being said, the adaptation of L’Engle’s classic tale has been much anticipated. Although, since “A Wrinkle in Time” is a children’s story, it’s important to keep in mind that much of the content in the movie has to appeal to a younger audience.

If I hadn’t kept that in mind, I think I would have been disappointed with Ava DuVernay’s adaptation. The changes that DuVernay made for the movie are representative of the modern world, as compared to the 60s when the story was written.

In the story, Meg, Charles Wallace and Calvin (Levi Miller) go on an adventure to find Meg’s father, who disappeared when the children were young. With the help of Mrs. Who (Mindy Kaling), Mrs. Which (Oprah Winfrey) and Mrs. Whatsit (Reese Witherspoon), the crew “tessers” through the universe, visiting exotic planets and meeting fascinating characters.

The main character in “A Wrinkle in Time,” Meg Murry, is an awkward girl who doesn’t believe in herself. In the adaptation, she’s played by Storm Reid, an African American actress. In the books, Meg was white, and the decision to go with a more diverse cast in the movie was a wise decision. The actor who plays Charles Wallace (Deric McCabe), who is Meg’s adopted younger brother, blew me away with his talent.

At its core, “A Wrinkle in Time” is s story about conquering your fears, finding your inner strength and embracing your flaws. DuVernay’s adaptation isn’t perfect; sometimes the dialogue is too simplistic, and there were some tweaks made to the story that changed much of the context in comparison to the book. I don’t want to give anything away, but some of the main characters’’ motivations for acting they way they did changed in the move. If you read the books, you’ll know what I mean.

Overall, DuVernay’s adaptation is timely and important, delivering a valuable message of hope and confidence to the next generation.

Four out of five torches.