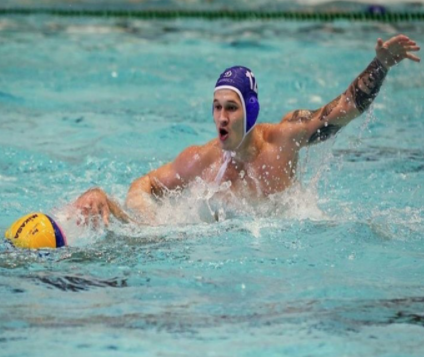 The men’s water polo team at Roosevelt have gotten off to a fast start to their season, and look to ride this momentum into the end of the year.

The Lakers got off to a dream start, demolishing Ball State by a over 25 points, forcing the referee to stop the contest with the mercy rule. The early season streak found Roosevelt handing losses to teams like Loyola, DePaul and Oakton Community College, while shooting up the Division III rankings.

The team has cooled off a bit since then, dropping contest to Texas Tech and bitter rivals Columbia College. However, the Lakers still find themselves in contention for qualifying for nexts months college tournament, known in the water polo community as “April Anarchy.”

For star senior Gary Dos, a chance encounter lead him to this team. “I’m not going to lie, I thought that Roosevelt just had a polo team. Like, the sport where you ride horses and hit the balls with the long sticks and stuff like that. When I showed up to tryouts, and came to the pool, I couldn’t figure out how they would get the horses into the water. Once coach explained to me what was going on, I decided to just go with the flow of it all, and I am very happy I did.”

Freshman dance major Marco Polo has thoroughly enjoyed watching the team compete at Roosevelt and cannot wait to further track the teams progress. “I remember one day I decided to wander around the Wabash building after class. I ended up on the 15th floor, and ended up finding the pool where the team plays. There was a game on, and I ended up staying until the end.”

Now, Marco hopes to help spread the word on campus, bringing more of the Roosevelt student body to the games. “So far I’ve kinda been the only one in the stands. It has its advantages, like having the best seat no matter what, but it is starting to get a bit lonely.”

The team has its fair share of goals and aspirations for the end of the season, but Coachy McCoachface, the team’s head coach, isn’t too worried about achieving all of the teams dreams. “It definitely would be nice to end the season with some silverware of course. However, in the end, none of it really matters. These kids aren’t going pro, and winning some sort of trophy in college won’t help them in finding a career later in life. They will graduate, and I’ll continue to lead this program in no real direction with no pay raise no matter how well the team starts doing.” He ended with a excited, yet reluctant “Go Lakers!”

*This is an article from the Scorch, the annual satire issue of the Torch*