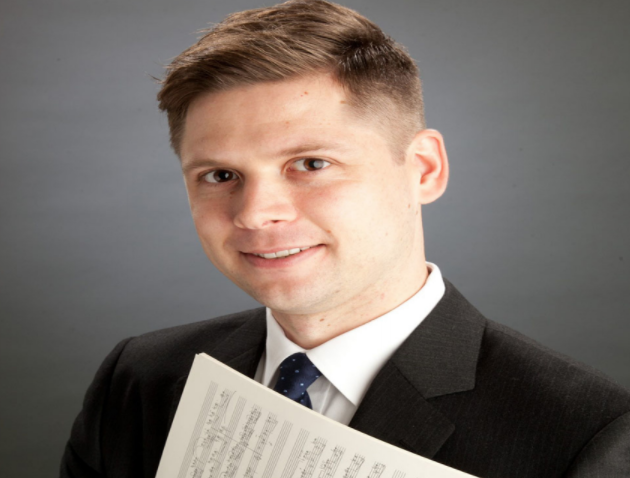 In front of an eager crowd at Ganz Hall, Dr. Teddy Niedermaier demonstrated his ability to tell stories through song.

As an associate professor of core music studies at Roosevelt University’s Chicago College of Performing Arts, Dr. Niedermaier has had a very distinguished career as a classical music composer.

He has gone on to receive commissions from ensembles such as the Indiana University New Music Ensemble Jasper String Quartet New Juilliard Ensemble and many more.

Reflective in his very first piece, entitled “Three Korean Minyo”, Many of his compositions were multi-movement suites with each of them possessing its own unique aesthetic. What separates Dr. Niedermaier from the rest of the pack, however, is his ability to tie it all together in the end.

This continued on the closing number of the first act, entitled “Princess Bari,” which is a triumphant, multi-part piece that effectively comes out to 25 minutes of playing.

These compositions possess an orderly, cinematic quality. They are very theatrical in nature. Each individual movement maneuvers seamlessly through one another, culminating into a perfect whole.

Dr. Niedermaier’s piano style is animated and abrupt. Making use of swift dynamic alterations, he sends the listener on a journey filled with an abundance of peaks and valleys. The mood of a composition is changed at the flip of a hat.

Moments of expressive minimalism were followed by moments of fiery, explosive color. However, underlying all of this, is a sequential, cohesive bind that ties it all together. It’s a quality that so few artists possess, yet it’s one that Dr. Niedermaier made exquisite use of.

Five out of five torches.