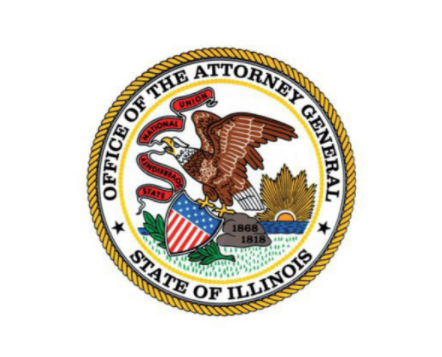 Following current Attorney General Lisa Madigan’s surprising decision to not run for reelection in 2018 after serving over a decade in that position, a swarm of Democratic candidates joined in the race for the position. There are currently eight candidates on the ballot for Democrats in the race for Attorney General. Scott Drury, Sharon Failey, Aaron Goldstein, Renato Mariotti, former governor Pat Quinn, Kwame Raoul, Nancy Rotering and Jesse Ruiz are all vying for the nomination.

The candidates recently participated in an interview with the Chicago Tribune’s editorial board. Many of the candidates attacked each other over campaign donations, past conduct and more.

Of the eight, Raoul, a state senator is likely the front runner for the nomination. His career as an attorney and state senator has helped him gain traction in the race. If elected, he has promised to fight corruption within the state as well as gun violence and voting rights. In the forum, Raoul was questioned about donations from a tobacco company of upwards of $100,000. Raoul also faced criticism for his reluctance to oppose the actions of Cook County assessor Joseph Berrios. Berrios is the head of the Cook County Democratic Party. Raoul was endorsed by the organization in the race.

Former governor of Illinois Pat Quinn is also in the running for the position. His name will be familiar to voters and may give him extra recognition in this race. He faced questions of strength as a leader because of his past loss to Bruce Rauner. Candidate Renato Mariotti, a lawyer and political commentator, pushed Quinn to explain how voters would be able to trust him to stand up to Donald Trump if he could not beat the incumbent governor.

“I saw someone who lost to Bruce Rauner and ultimately put us in the situation we’re in. And ultimately I think if you can’t defeat Bruce Rauner, I don’t understand why we would trust you to take on Donald Trump?” said Mariotti.

Mariotti has received much praise on social media from activists and celebrities for his commentary against President Trump.

Raoul leads the pack in fundraising with over $1 million dollars raised, according to Illinois Sunshine. Scott Drury is second with over $800,000 raised. Quinn and Mariotti have raised around $300,000 to $400,000 respectively.

On the Republican side, attorney and former Miss America Erika Harold is the front runner for the nomination. Harold launched her bid to unseat Attorney General Madigan this past summer and relied heavily on the poor reputation of Madigan’s father Mike Madigan, the long serving Speaker of the House. Since the current Attorney General announced her impending departure, Harold’s campaign has focused on ending political corruption in the state of Illinois.

The election is on March 20.