Women’s basketball starts the season off with a win 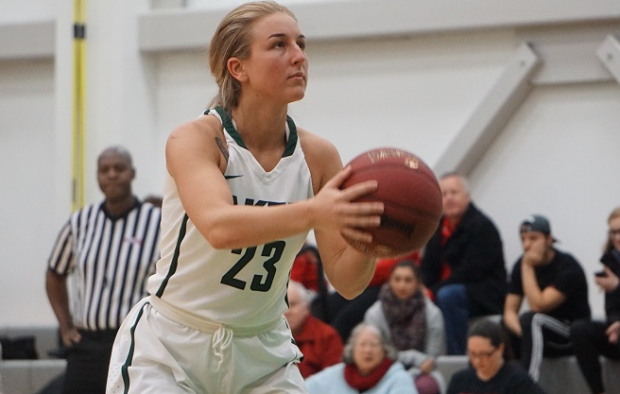 The Roosevelt Women’s Basketball team have kicked off their 2017-18 season with a win against Indiana University-Southeast. An even contest early on was blown open at the end of the first half as Roosevelt went on a 7-0 run and never looked back. In the end, the 6 scoreline was fair reflection of the game, as Roosevelt was able to prove that they were the better team on the day.

Jasmine Albert, a junior playing her first game with Roosevelt, got a double-double with 13 rebounds to go with her 21 points. She gave credit to her head coach. “It was a good feeling to go out there with a strong performance, and even better with a win,” said Albert. “I was just doing what my coach asked me to do, and it felt good that I was able to meet a couple of her standards.”

Coach Keisha Newell is in her third season as Roosevelt head coach. During this time, she has figured out how important of a role she serves as a coach. “I feel like I learn so much every year. The more time I spend in this profession the more I realize that coaching is far more than X’s and O’s. It’s about impacting lives, teaching life skills, and getting the most out of people,” Newell said.

Roosevelt has some time to recover and practice before their next match, which will be on the 7th of November. They will face off against 18th ranked Indiana University Northwest at home in the Goodman Center. Tipoff is set for 7 pm and Roosevelt students are excited for the first home game of the season.

“My high school team was pretty good, and I had fun going to games last year,” said freshman journalism major Mohammad Samra. “Hopefully going to a college game will be an even better experience.”

The women’s basketball team knows this will be a tough contest, but it will give them a chance to prove what they are made of. Coach Newell has hopes that the team can ride the momentum they gained from that victory, and improve on some mistakes. “Starting the season with a victory against IU Southeast was huge,” said Newell who said she was impressed with the team’s cohesiveness and effort.

“Winning, especially on the road, is not easy. One takeaway is that we need to do the little things better. Some of the mental lapses we had will not cut it against IU Northwest, who is ranked nationally,” Newell said.

The team has goals they’d like to accomplish on a game to game basis, like holding opponents to low shooting percentages and responding to adversities as they come along. Their end goal for this season is to make the conference tournament and go as far as they can.