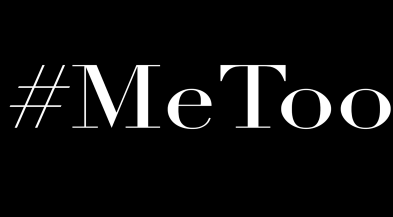 A large number of victims spoke out against Harvey Weinstein over the past few weeks about alleged sexual harassment and rape.

For a long time, sexual harassment was for many women a thing to be ashamed of or keep private. On Oct. 15, actress Alyssa Milano encouraged women who were also victims of sexual harassment at some point to tweet the words “Me too.” This movement actually started 10 years ago from a woman named Tarana Burke. The goal was to get people to know how big the problem us. In 24 hours, Twitter confirmed the hashtag was retweeted approximately half a million times.

“Experiencing sexual misconduct is not unique to members of one gender, and plenty of men and boys have endured the same mistreatment Weinstein’s victims did,” said Associate Professor of Women’s and Gender Studies Marjorie Jolles. “But it overwhelmingly follows a pattern of male aggression toward women.”

As Jolles explained, despite the number of male victim cases, it appears that there is disproportional number of female victims.

“The Weinstein revelations… tell us something about how widespread sexual misconduct is, how common it is to perceive women as people who exist to gratify the needs of others,” Jolles said.

“A lot of people assume that because we are so advanced technologically that we’ve also advanced as a people, but really we haven’t as a culture and as a people, especially with issues like sexual harassment,” senior biology major Eriel Frazier said. Frazier also spoke about victims’ fears to speak up about their stories.

“It is important to not put people down for those fears but bring them to light and address those issues,” Frazier said.

Despite the allegations are overwhelmingly from women, junior biology major Drishti Shah preferred to not to make comments regarding sexism and sexual harassment.

“I don’t know if it’s a sexist thing or that only women are harassed. I don’t want to judge people. What if they [men] are harassed but they’re not speaking up?” said Shah.

Shah was emphatic that victims of sexual harassment should not be afraid to speak up.

“I think women should speak up. I have not experienced this in my workplace but I feel like it is a right to speak up and ask for a safe zone,” said Shah.

“I have a sister so I don’t want that to happen to her. I want women to speak about it. If they don’t, I don’t think we get any solution,” said computer science major Naod Gelam.

Like Loading...
‹ RU Green Throws Halloween Bash for Students
Women’s basketball starts the season off with a win ›