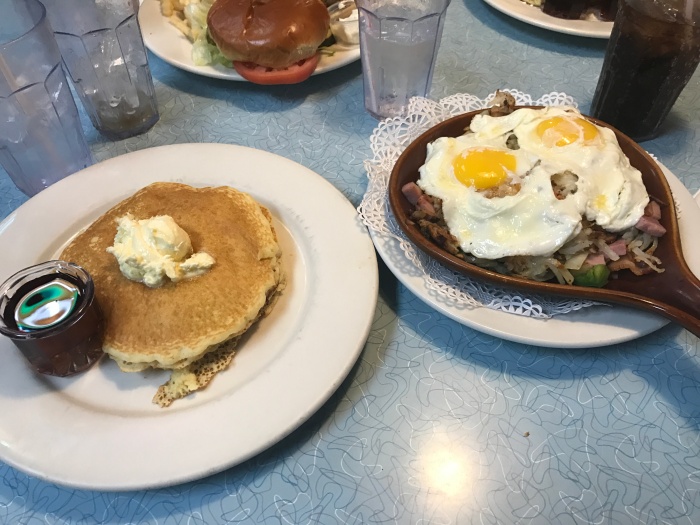 There is a massive selection of American diner classics you can order from. Breakfast is served 24 hours a day, seven days a week so you can get your breakfast fix any time you want. The food is not amazing, but what makes it good is the satisfaction of being able to get whatever you are craving at any hour of the day. You can get a burger for breakfast, a milkshake for lunch, and a breakfast skillet for dinner.

Along with the massive amount of options, there’s a decent selection of drinks as well. They serve Pepsi products, fruit juices, milk, coffee and milkshakes. One downside of White Palace is they don’t offer free refills on drinks after you first refill. Milkshakes are served traditionally in a glass with whip cream, chocolate syrup, and a cherry on top.

Service staff is very friendly and treats you as if you’ve known them all your life. One downside is that you cannot split orders between your friends or have separate tickets but this rule is not set in stone so you might get lucky with a flexible worker. The diner still has its old-school, retro charm. The menu has not changed in a long time. One of the biggest reasons you come to White Palace Grill is because it is fast, it is filling and it is cheap. Coming for anything else is going to leave a nasty taste in your mouth because you will be let down by your expectations.