The life of a college student is busy – we get it! We here at the Torch are here to help. With our new feature, In Case You Missed It, you can stay up to date on this week’s top pop culture stories all in one place:

Psychic Cubs Fans?
True Cubs fans know that “Sure as God made green apples, someday, the Chicago Cubs are going to be in the World Series” (as said by the famous Harry Caray), but did you know that there have been some predictions floating around out there that the Cubs were going to win this year? Luckily for those Cubs fans, their predictions turned out to be true. Others weren’t so lucky.

•A man named Michael Lee predicted in his 1993 yearbook that the Cubs were going to win the 2016 World Series. Lee had forgotten about the prediction until a former classmate reminded him of it in 2009.

•The popular T.V. show “Parks and Recreation” predicted a Cubs World Series win in the show’s seventh season. Lucy, Tom’s ex-girlfriend, notes that the city of Chicago is in a good mood because the Cubs had won the World Series. The show takes place in the summer of 2017, making the show’s prediction an accurate one. 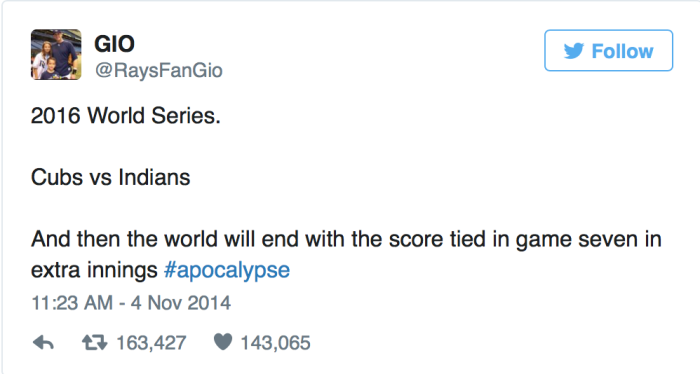 • Twitter user @RaysFanGio sent this tweet in 2014, just after Joe Maddon was hired as the Cubs’ manager. Many have speculated just how @RaysFanGio was able to accurately predict the win, but in the end, they just got really lucky.

• The screenwriter of “Back to the Future II” recently expressed his disappointment that his joke about the Cubs winning the 2015 World Series is no longer accurate. Regardless, it’s pretty impressive that his prediction was only one year off.

Pixels in Your Pocket: Nintendo recently announced the release of a pocket-sized NES console that comes packaged with 30 classic games – technology has come so far! Just plug the NES Classic Edition into your T.V.for hours of retro gaming fun. The NES Classic is scheduled to be released on Nov. 11, and retails for $59.99. 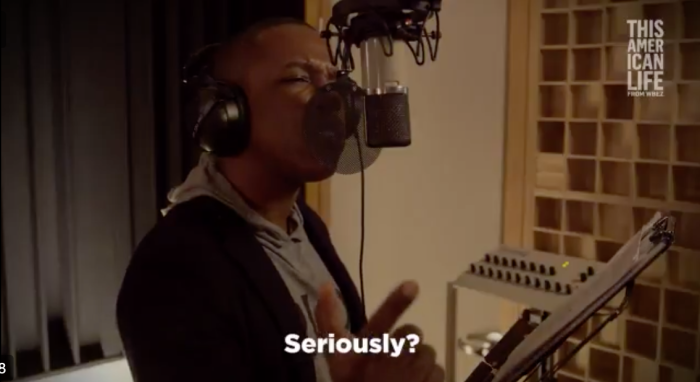 Leslie Odom Jr. sings song penned by Sara Bareilles about Obama’s unsaid thoughts on 2016 election: There have been many thoughts about the 2016 election, but not very many have been in song form. Songwriter Sara Bareilles wrote a song for “This American Life” about President Obama’s unsaid (or unsung) thoughts called “Seriously.” The song is a melancholy mixture of jazz and funk, and captures the frustration of this election perfectly.

That Orange Glow: Have you ever wondered what Chicago looks like from space? NASA shared an image of the city from above the night the Cubs won the World Series. The image was taken this past April from the International Space Station. Chicago’s iconic orange light pollution radiating from the city’s street lights illuminates the city’s grid layout. Can you spot any landmarks?

Nutella – Spread or Dessert?: Does anyone eat Nutella as part of a well-balanced breakfast? The FDA is currently asking that exact question. Nutella’s serving size is two tablespoons, which classifies it as a dessert. Nutella is trying to get itself classified as a spread instead to appear healthier. If the people in the FDA are normal Americans, they eat Nutella by the spoonful. 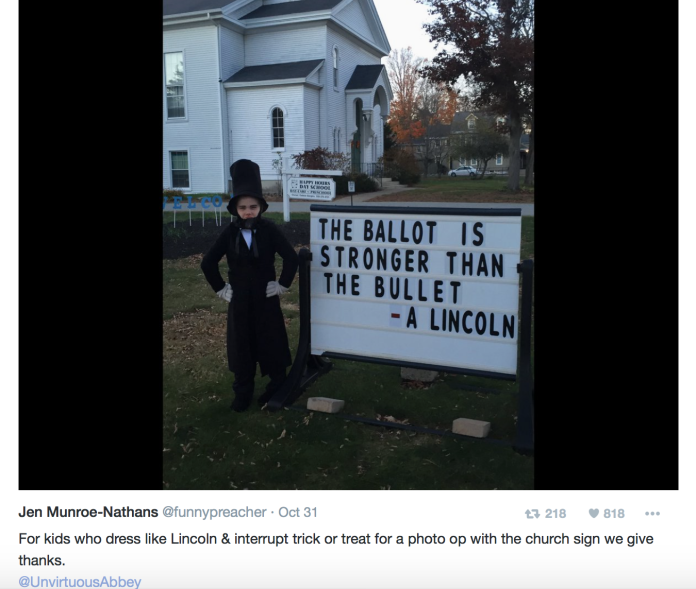 Entertaining Church Signs: One of the only entities that hasn’t made an endorsement this election cycle is God, whoever that may be for you. However, these church signs seek to make some divine sense out of the whole situation.

Categories: Arts & Entertainment, In Case You Missed It, Recent Posts

Tags: Back to the Future, Chicago Cubs, In Case You Missed It, NES, Nintendo, Nutella, obama, World Series