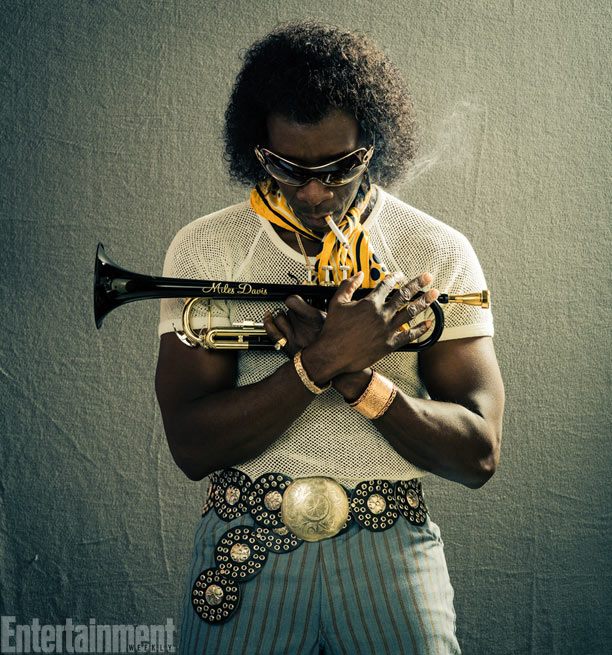 Miles Davis is a name long associated with the great musical legacies of America. It is his music that inspired countless artists, from jazz contemporaries John Coltrane and Herbie Hancock, to alternative rockers Radiohead and the Flaming Lips, and countless others in between.

His fresh new biopic “Miles Ahead,” starring and directed by Academy Award nominee Don Cheadle, honors the legend appropriately, albeit at the expense of adherence to reality.

“Miles Ahead” might be as much to do with “Ray” and “Walk The Line” as it is with “Abraham Lincoln: Vampire Slayer.” The character of Davis is pretty much intact, with his manic brilliance, strained relationships and colorful personality all on display. The jazzbos and purists are likely to scoff at what gets added to Davis’s personality in the film.

In an attempt to avoid the monotony of musical biopic cliches, Cheadle added a type of gangster-persona to Davis. This is perhaps best exemplified when Davis goes out gun in hand, to find a couple of producers from Columbia Records who stole a recording of his music. Is it absurd? Undoubtedly. Is it pretty cool to watch? Almost as cool as Davis himself.

Cheadle plays an impeccable Davis, a product of his longtime admiration of the music legend. Ewan McGregor, a Rolling Stone reporter accompanying Davis on his exploits, is also commendable in his supporting performance.