‘Carthage’ by Joyce Carol Oates
Lifetime Literary Achievement Award winner Joyce Carol Oates is at it again, this time with “Carthage,” the story of a missing girl and a family and town’s attempts to cope with the aftermath of tragedy. While Oates has been writing for decades, she brings current relevance to this new venture with the story’s ties to the Iraq war. Well-received by literary critics, the book has big shoes to fill in the wake of Oates’ previous award-winning successes. 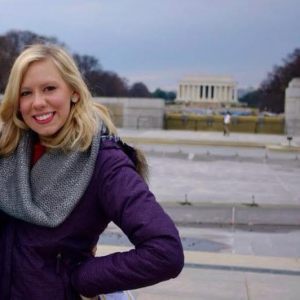 ‘Madam President’ Project
Chicago native and Illinois State University student Jessie Garber used Kickstarter to fund a children’s book she plans to write entitled “Madam President.” Garber managed in a few short weeks to raise $6,510 for self-publishing. Her inspiration for the book came when she realized that young girls had too many princess role models and not enough strong, working women. In Garber’s words, “Little girls can’t be what they can’t see.” Best of all, Garber promises to donate any proceeds from the book to nonprofits that seek to empower young girls.

NBC’s Late Night Comedy Line-up
Between Jimmy Fallon as the new host of “The Tonight Show” and Seth Meyers at the helm of “Late Night,” it’s clear that “Saturday Night Live” alumni are taking over late night at NBC. Skeptics may miss the days of Conan and Leno, but Fallon has proven his ability to get ratings in the first weeks in his new role, drawing big guests like Justin Timberlake and Kristen Wiig, who dressed in drag as One Direction’s Harry Styles on the show. Meyers is no stranger to hosting gigs, as the former “Weekend Update” anchor makes the switch to a longer-running comedy outlet. He’s already featured his own share of big stars, from Kanye West to Vice President Joe Biden.

‘Pretty Little Liars’ Spring Finale
March 18 marks the end of the fourth season of ABC Family’s drama “Pretty Little Liars,” with their spring finale “A is for Answers.” Viewers may not want to hold their breath for any answers, though — the show has been teasing the resolution to Rosewood’s mysteries for years now, yet the plot seems to get more convoluted with each episode. But with these plot twists at every turn, it certainly makes for exciting television, and those who have been hooked from the beginning certainly can’t turn away now.

‘Bad Words’ in Theaters
“Arrested Development” star Jason Bateman is well known for comedy, but “Bad Words” marks his directorial debut. It follows the story of Bateman’s character, Guy Trilby, a middle-aged man who finds a loophole to enter a spelling bee meant for eighth graders and avenge his own childhood loss. While the plot sounds ridiculous, critics have actually described the film as a “dark, edgy comedy.” But between comedy veterans Bateman and Allison Janney, there’s sure to be plenty of laugh out loud moments.

‘Veronica Mars’ movie is finally here
The “Veronica Mars” movie is innovative in a number of ways. The film reboot of the early 2000’s TV series was funded through a Kickstarter campaign, where fans and investors alike could donate money in order to see Mars back on screen. Additionally, the movie’s doing something that’s never been done before; it was released on March 14 both in theaters and for home rentals. That’s right — Veronica Mars fans can choose whether they’d like to see their favorite TV investigator on the big screen, or rent it online and watch in the comfort of their own homes. Regardless, Kristen Bell fans can get excited for the return of the character that made her famous for solving mysteries. 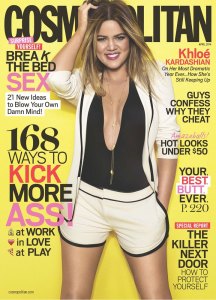 Khloe Kardashian covers March Cosmopolitan
“Keeping Up With the Kardashians” fans will be happy to see Khloe on the cover of April’s issue of Cosmopolitan. It’s been an eventful year for the KUWTK clan: between Kimye’s baby, Kendall Jenner’s Fashion Week debut and the Kris and Bruce divorce, it seems like there’s never a dull moment for the reality stars. Khloe is no exception, and this month the star opens up to the popular women’s magazine about her own pending divorce from NBA player Lamar Odom, saying in spite of the hardships she has “no regrets.”

Hollywood’s No-Kids Policy
The ‘Veronica Mars’ movie isn’t the only project on Kristen Bell’s mind right now. The actress and young mother has been hard at work advocating against the use of paparazzi photos of children without parental consent. Her campaign has already gotten gossip sites like Just Jared on board, as well as the E! Network and the “Today Show.” With fellow celebrity parents Halle Berry, Jennifer Garner and Sarah Michelle Gellar rallying behind Bell’s campaign, tabloids are feeling the pressure to avoid being dubbed “pedorazzi” by publishing photos of famous kids. 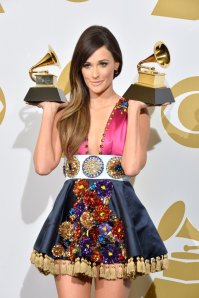 Kacey Musgraves is country’s new sweetheart
From her performance at the Grammys to the cover of RedEye, you’ve probably seen country artist Kacey Musgraves around lately. She’s caused quite a stir with her hit album “Same Trailer, Different Park” garnering awards, critical praise and a bevy of fans excited about her non-traditional brand of country music. Even if you’re not normally a fan of country, Musgraves’ upbeat hits are worth a listen. RedEye described her perfectly: “A little bit country, a little bit sex, drugs and skipping church.”

Lea Michele releases ‘Louder’
Leading lady of Fox’s hit “Glee,” Lea Michele has more than proved her vocal chops over the years. Following the loss of her co-star and boyfriend Cory Monteith this past summer, Michele has just released “Louder,” her first solo album full of emotional pop ballads like “If You Say So,” which is dedicated to Monteith. In addition, Michele appeals to the pop fans that make up the “Glee” audience with anthemic dance tracks. Billboard compares the overall feel of the album to the likes of “Katy, Miley and Taylor.”

The Waffle Taco
If you’ve ever craved Taco Bell in the morning, you’re in luck. The fast food chain rolls out a brand new breakfast menu this month, starring exactly what you might expect: the waffle taco. McDonald’s may need to be nervous, as the breakfast themed Mexican fare will be served daily until 11 a.m., 30 minutes longer than McMuffins are available. Nutrition facts aren’t yet available, but with meat wrapped in waffle covered in eggs and syrup, the breakfast waffle certainly isn’t for the faint of heart.

Chi-beria T-Shirt Sales Benefit Homeless
With one polar vortex after another, the term Chi-beria has made its way into the vocabulary of every Chicagoan this winter. Image Apparel Solutions is creating shirts to commemorate the slogan, but the best part is that $16 of the $25 shirt cost will benefit the Chicago Coalition for the Homeless. This acknowledges the people affected most by the bitter cold of our windy city, hopefully helping fund more warming centers and shelters in the future.